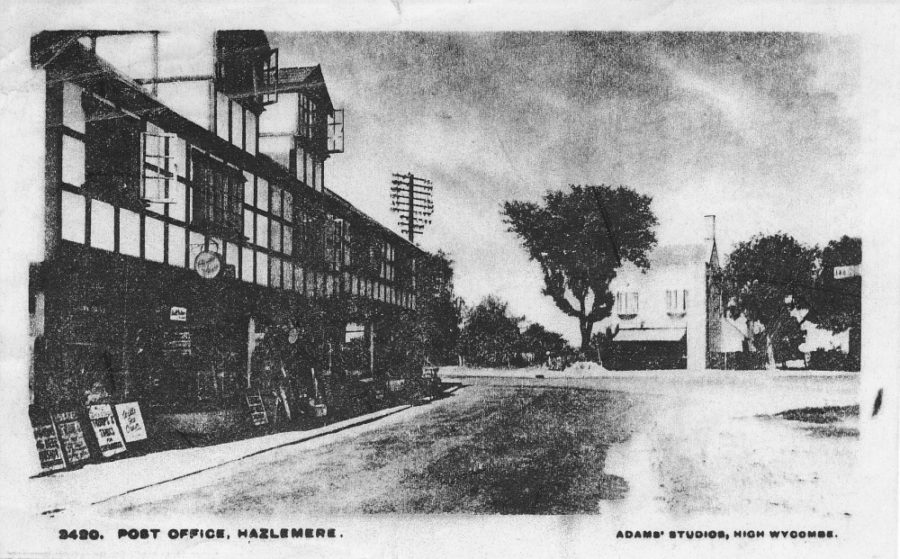 Although there is evidence of Early Man (Stone Age and Bronze Age) a small Roman presence near the Crossroads, several Saxon settlements and Norman use of the area, Hazlemere remained sparsely populated until the 19C as part of an area known as Wycombe Heath.

Between Norman times and 1845 relatively little happened. The Knights Templar were granted St John’s and Kings Wood by Henry III, Hill farm (where the library now stands) was a Tudor building, as was Grange farm and Hazlemere also had a part to play in the Civil War in 1642.

Hazlemere began to lose its isolation when a turnpike road (known as the Gout track) was approved by Parliament in 1768 – from Hatfield to Reading, now the A404. This track enabled people and vehicles to reach places like High Wycombe and Amersham more easily. This led rise to a number of public houses and a few occupations like brick making start up. And it was the ‘ungodliness’ of these people that led to the Misses Carter to have a church built – Holy Trinity in 1845. 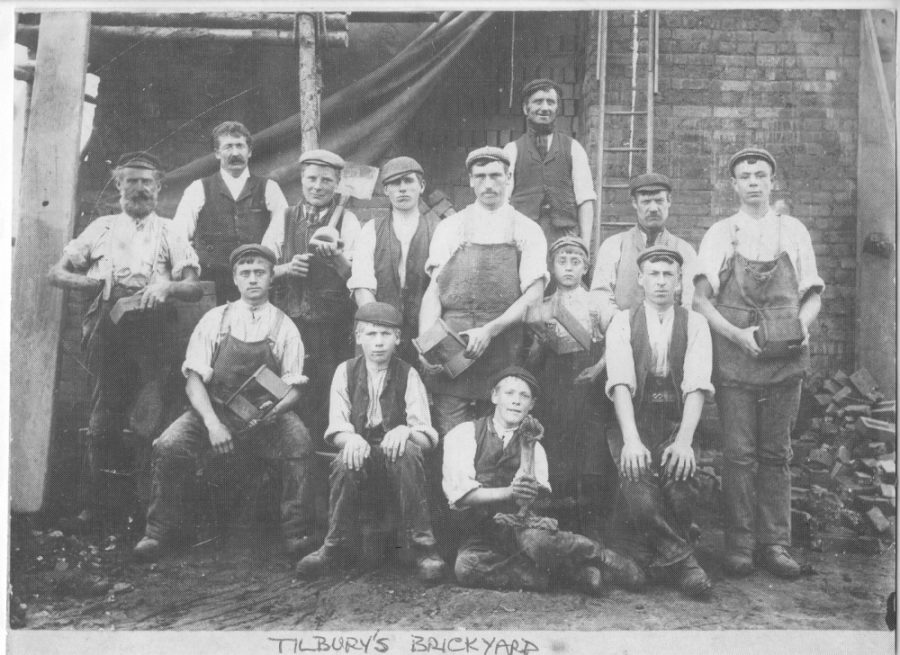 Now Hazlemere started to expand. By the end of the 19C small but significant development had taken place, although there were only three shops. Sports and other pastimes were becoming more popular including a Cottage Garden Club run by the Rev Charles de Haviland whose son Geoffrey became a famous aviator and designer. [There is a blue plaque on the house and a road named after him].

The 20C commenced with farming still the main industry and in Edwardian times Cherry orchards were planted. Brickmaking still continued at the Old Kiln and at Oakengrove. At this time Nobel prizewinner Sir William Ramsay retired to live in Hazlemere and had a big impact on local life. Down on the Park, Robert Leadbetter had a private zoo.

The First World war depleted Hazlemere of its young men, but in 1919 those returning formed the Workers Social League to improve the neglected village. It was very successful, but by the 1930’s the area was losing its rural character and indiscriminate building was going up everywhere, stopped only by the outbreak of the Second World War.

Hazlemere more than played its part. The school had a Beat the U-boat campaign, the village had its own Home Guard and contributed in no small measure to the Spitfire and other funds.

After the Second World War ended, Hazlemere was faced with many problems, not least the pressure to build ever more houses. These largely uncontrolled developments exacerbated the already complex local government boundaries and in 1952 a Residents’ Association was formed to tackle this and other problems. 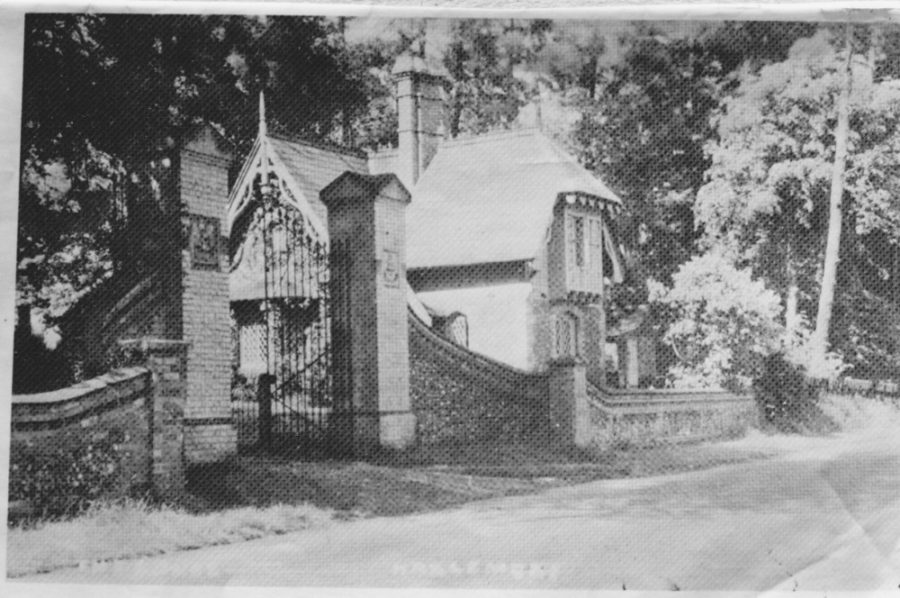 The 1960’s and 1970’s saw a relentless increase in housing. Huge developments on the Park, Brackley, Hill and Manor Farm. But no provision was made for leisure and it was through the efforts of the Residents’ and the Community Association that Hazlemere got a library and a Community Centre in. 1976.

In 1969 came another threat of a huge road from Inkerman Hill to Hughenden splitting Hazlemere in half with thousands of houses to be built. (H7). This proposal was met with huge resistance and was only finally abandoned following pressure from The Grange Action Group formed in 1998. [In 2012 part of the old H7 came into public ownership].

Hazlemere finally had its own parish council in 1987. It can be credited with many achievements. The Cedar Barn and outbuildings have been transformed, new play areas for children have been provided, there are new sports facilities on the Rec and Rose Avenue, and much more.

The early 21C saw more housing on the old Equity and Law site, a new sports pavilion was erected in 2010, the Residents’ Association became reinvigorated in 2009, the RC church of St Edmund Campion closed in 2012. 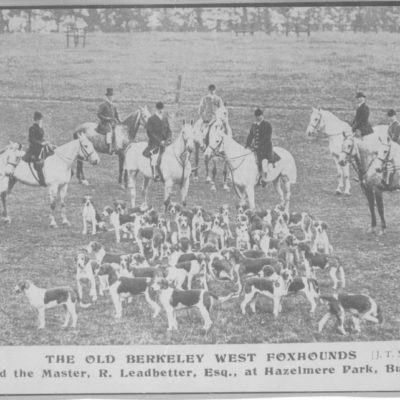 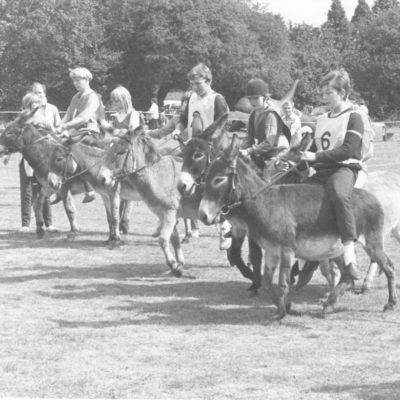 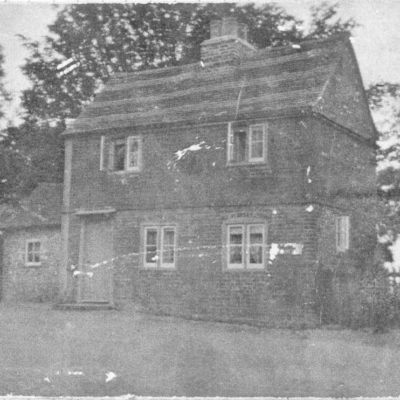 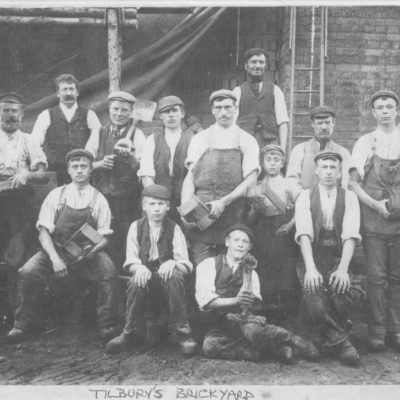 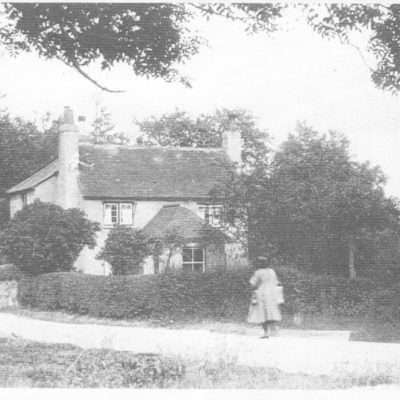 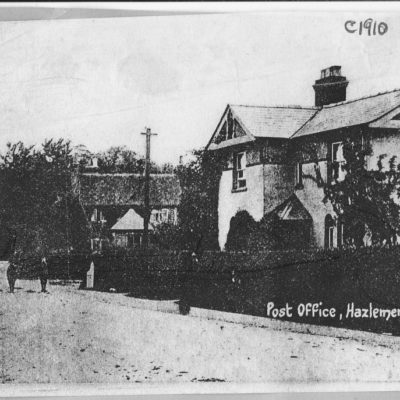 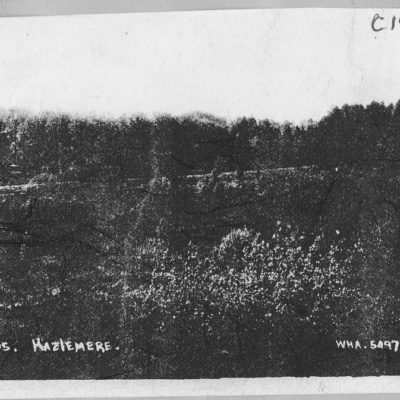 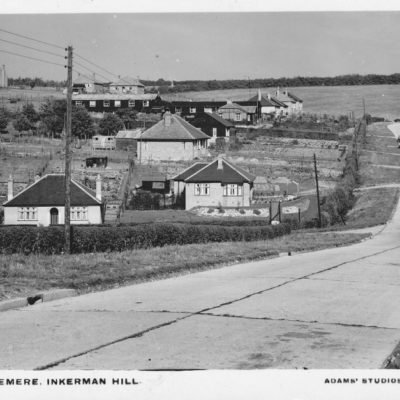 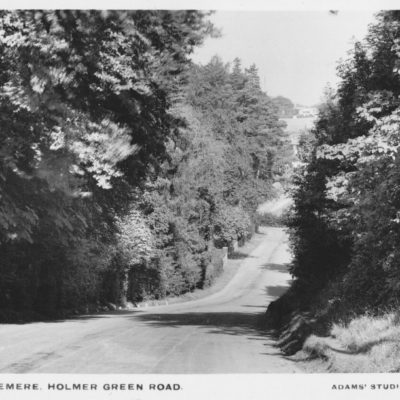 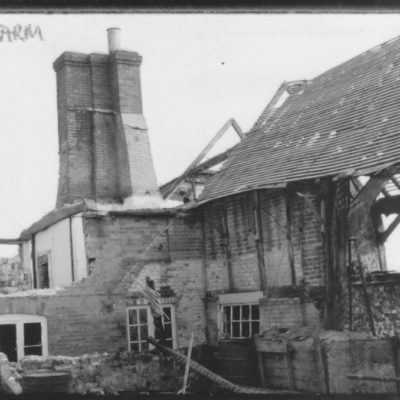 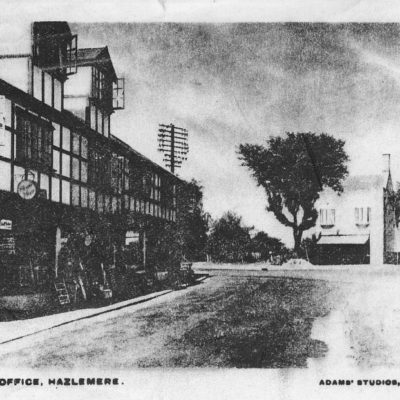 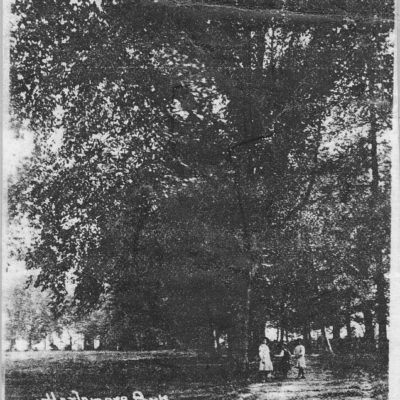 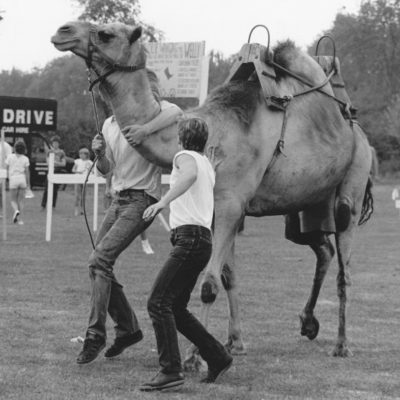 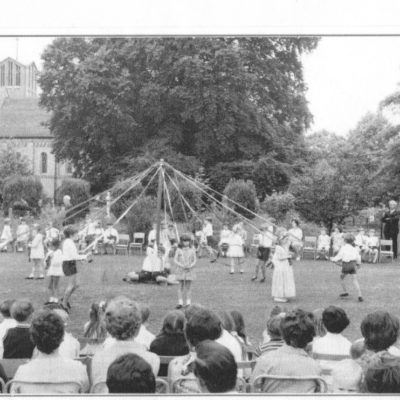 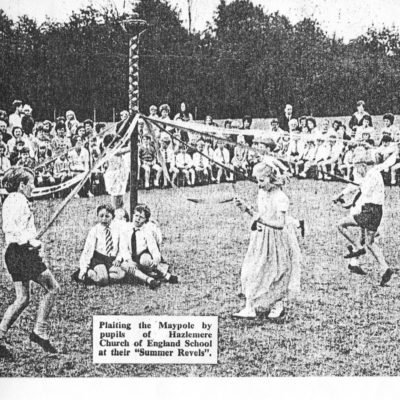 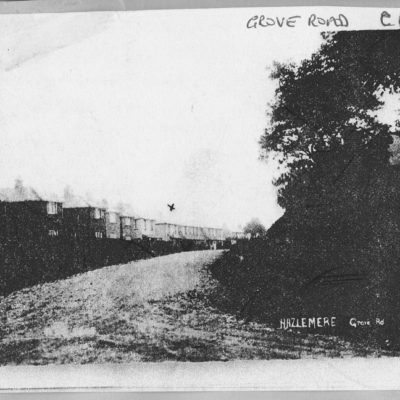 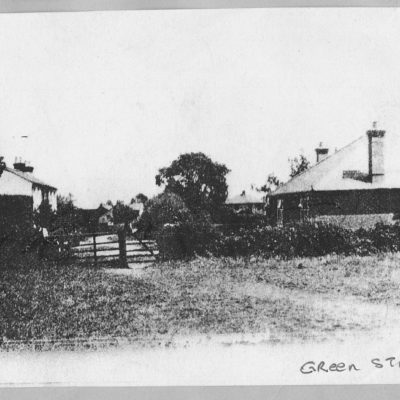 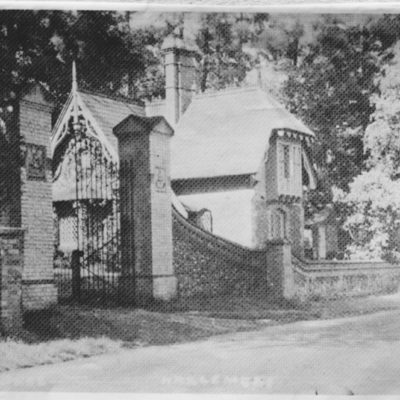 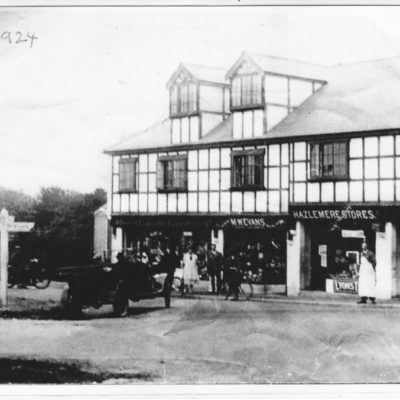 Hazlemere Stores at the Crossroads 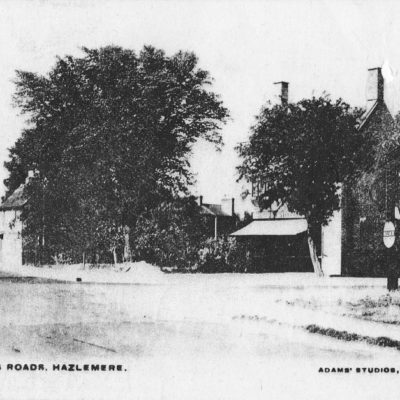 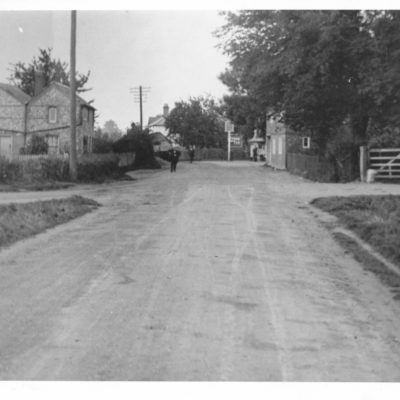 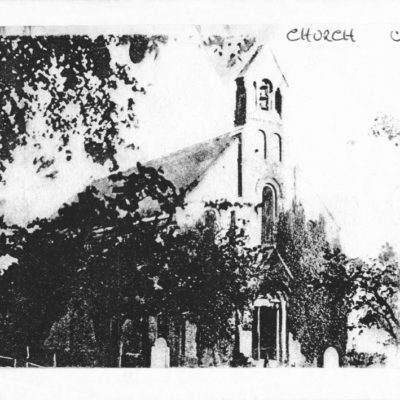 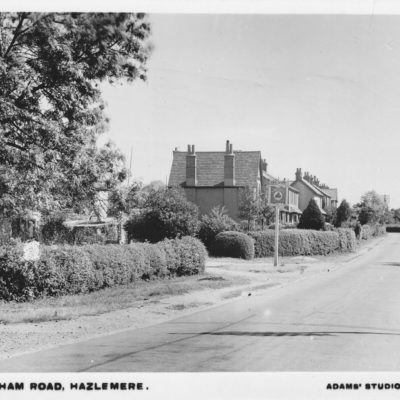 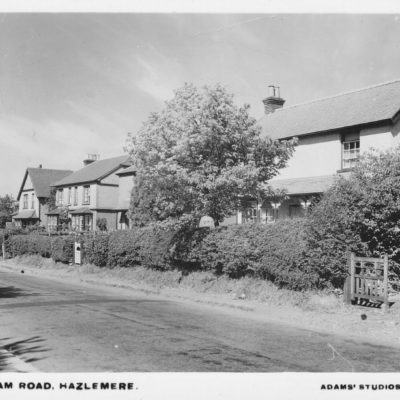 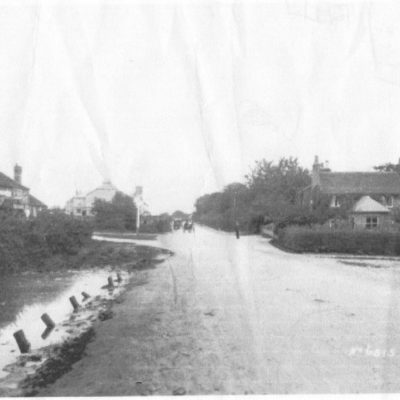 The following research was completed by Margaret Friend and her work was originally published on She Got The Vote website.

Margarette Susan Leadbetter, nee Rose, was born in Wycombe in 1845. Margarette was the daughter of William Rose and his wife Anne.  A census of a few years earlier in 1841 states that William and Anne were living on the High Street and William was working as a general surgeon in Wycombe.  The family was affluent and well connected in national medical and political circles.  In 1851 the Rose family was still living on the High Street.  Margarette was the middle child of five, having two older sisters, and two younger brothers.  They were an affluent family and the eldest children were educated at home.

Alfred Leadbetter, Margarette’s future husband, also came from an affluent family. Alfred was born in Wycombe in 1849.  When Alfred was two, the family was also living on the High Street.  Alfred’s father, John, was a wine and spirit merchant based in the town.  By 1861 Alfred was a scholar at a boarding school nearby in Wooburn Park.

It is likely that the two families mixed socially; Margarette married Alfred Leadbetter in 1868, when she was twenty-three. By 1871 Alfred and Margarette were living on the London Road in High Wycombe and had taken over the business previously run by his father.  They employed two domestic servants.  Margarette and Alfred had five children.  Their first born Edith died when she was ten weeks old.  Shed had been born in June 1872.  Margarette then had four sons: Robert Alfred, John Wilfred Rose, Lewis Claude and Maurice Arthur.  Church records show that the family was living at the Willows on London Road.  They continued living there and in 1881 employed two servants: a parlour maid and a cook.

Ten years later Alfred had expanded the business and is recorded as a brewer and wine and sprit importer. All four sons were scholars and family employed a cook, a housemaid and a parlour maid.  However in November 1894 Alfred had a seizure whilst out riding with his son John, in the Cressex Farm area of Wycombe.  Help was sought and Alfred was taken back to The Willows in a chaise.  Two local doctors were called and remained with Alfred during the afternoon and evening.  Alfred survived but unfortunately did not appear to fully recover from that seizure.  That led to the move from The Willows to Hazlemere Park which was described in the local paper as ‘A Country Mansion on the Chiltern Hills near Wycombe’.  It was hoped that Alfred’s health would improve following that move.  Unfortunately not long after moving to Hazlemere Park, Alfred became ill again on 8th February 1897.  The local paper reported that Margarette saw a change in Alfred’s countenance and fearing another seizure summoned his doctor.  Sadly Alfred died, the cause of his death being apoplexy.  According to the local paper, at the time of his death Alfred was a senior partner in the firm of Leadbetter and Bird that also ran the Frogmoor Brewery.

Following Alfred’s death, Margarette continued living at Hazlemere Park, where she remained a widow living off private means. At the time of the 1911 census all four sons, now adults, were living at Hazlemere Park with her.  John Wilfred was living there with his wife; Lewis Clarke was divorced and working as a wine importer; Robert and Maurice appear to be living either off of their mother or their own private means.

Margarette qualified for the vote in 1918 on the grounds of her status as occupier of Hazlemere Park. She was then seventy-three years of age.  She was clearly a lady who had moved with the times: in her will she left her motor car to son Maurice, and may well have relished the opportunity to vote in Parliamentary elections.

Margarette died in Uplyme Nursing Home on Amersham Hill, High Wycombe in 1935, at the age of ninety. Hazlemere Park appears to have been sold that same year.  In the 1960s a housing estate and school were built on the land where the house had stood, and some roads within it were named apparently as a reminder of the family who once lived there.